Skip to main content
An underlying situation rarely talked about openly, as was found in my recent doctoral study, could hold the key to resolving an endemic global ‘development’ problem. There is more than six billion dollars a year invested into Aboriginal Development by governments in Australia, major corporations also invest, yet none of this has changed what is a humanitarian crisis for too many communities in Northern Australia.

Likewise, there are billions of dollars invested globally into humanitarian aid and like Northern Australia the ‘status quo’ of how development happens, is sustained. Poverty and poor living conditions remain for people who are meant to benefit from this type of the investment. Instead of creating sustainable communities it sustains the growth of the development industry. Why is that so?

Because apparently for decades there has been no rigorous, transparent, and practical, two-way learning framework that can account for and evaluate on the ground outcomes of this type of ‘development’ investment. Most significantly there has been no way for the ‘in crisis’ communities, the supposed beneficiaries of that investment, to contribute to an evaluation of how those funds were used and what benefits to alleviating their crisis were obtained by them, if any at all. So where does the investment go?

Whose livelihoods are being sustained? 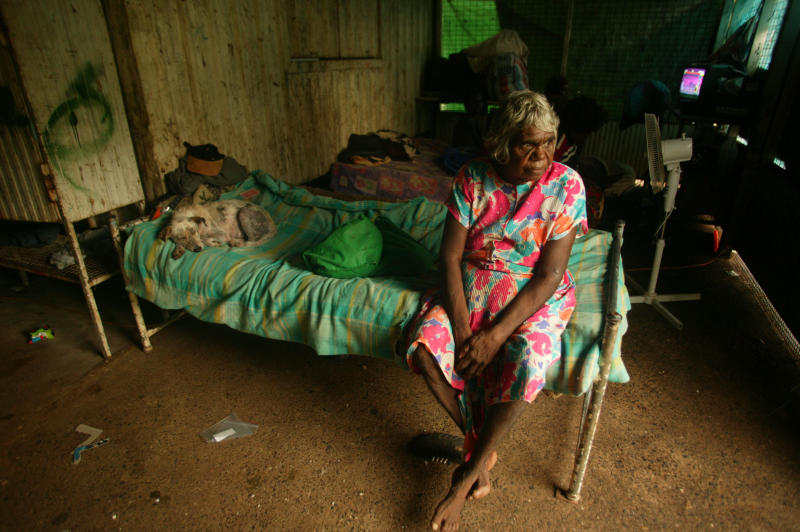 Watch Intro Video
Module 4 Implementation is the final part of the tailored Cultural Mapping Training™ a framework refined within my PhD. This complimentary course is based on module 4, initially delivered to a diverse range of sector leaders I had interviewed within my doctoral study, as a Masterclass to share early findings and some of the refined methodology. That collaborative learning approach was to apply the six implementation objectives (see symbols) to evaluate implementation of past Kimberley ‘development’ initiatives (projects, programs). In the same way now presented in this complimentary course, you can use these six objectives to evaluate your own initiatives post or prior to implementation, and their on the ground outcomes.

The participants applied the methodology to evaluate if any of the previously implemented Kimberley initiatives had, or were able to in the future, assist Australian Kimberley communities to collaborate to create their own sustainable livelihoods or growth outcomes. By listening to the participants of this PhD masterclass now provided here as a complimentary course, you will learn about the perspectives of others on the many problems that commonly plague implementation and sustainable growth. This is a Kimberley case study however the same problems occur around the world.

This complimentary course is a case study of Implementation and there are two ways you can apply it and learn from it to evaluate your initiatives:

1) Apply it: learn from others within the course by listening to their opinions while working through the course content to fully understand how you can apply it as an evaluation process for your own initiatives or to evaluate others initiatives when you might be considering investing or collaborating

2) Learn it: as an evaluation process for your own planned or established business or community initiative and find out if you have already achieved the six primary objectives that can achieve sustainable growth. If you have not achieved them then this tailored training would be highly recommended if sustainable growth of the initiative and its community is the overall objective or end game.

Participating Sector: Not for Profit
"The new information and insights I got were around the process of establishing growth and steps to insure an outcome for communities."

Participating Sector: NRM
"The new information and insights I got were how research and innovation are so focused on third parties needs and outcomes not actually on behalf of communities (they engage with)."

Participating Sector: Aboriginal Land Tenure
"The new information and insights for me are the ways in which spatial mapping can be used."

Participating Sector: Training and Education
"The insight for me was reiteration of and (my) acknowledgement of the ‘key stakeholder’ influence on projects and their direction."

Participating Sector: Economic Development Consultancy
“The insight for me is that the interest and scope is very wide, more than I anticipated”